"Return" is the English "Fold-back" translation of the term, it is also known as "stage monitoring (Stage Monitoring)", the author of the above two statements, called "stage return". The stage return system is an indispensable part of the contemporary audio system. It takes on the important role of providing the sound signal for the actors, and helps them to hear themselves, the band and the band in a variety of stage environments. , As well as accompaniment and point number tips and other related content. The volume, proportions, and sound quality of these signals directly determine the performance of the actors, and have a crucial impact on their performance balance, dynamics, pitch and rhythm. The microphone input is separated by an Audio Splitter, which provides the actor with a complete audio system that includes a mixer and a return speaker, and is operated by a dedicated return tuner. Medium-sized performance of the practice. Compared to the settings and operation of the main extension tuning, the stage return tuning is more complicated, more consideration, and more need to make rapid adjustments and limited compromises according to the actual situation. The main defender only needs to make a sound for the audience, and the return tuner needs to produce a variety of signals according to the needs of different actors on the stage. Not only that, but also need to manage all the tone-based distribution of the input signal, and assume the intercom system to set up and set up work.
Although the stage back to the tuning work often need to follow the actual requirements of the actors to carry out, but it is not without law and basis. In general, the stage back to the system to build and set up is more complex, it requires the tuner at the same time to complete a variety of different functions of the task, and at the same time to meet the needs of multiple groups. So the system connection and debugging on the need for a strong logic and rational, so as to be able to do in the specific operation of fast and accurate, and according to the actual needs of flexible adjustment. 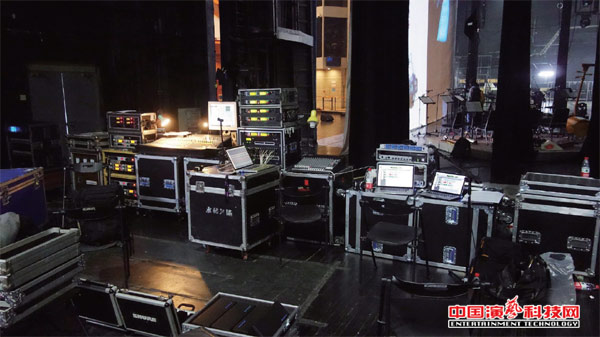 A stage return system consists of five main parts, namely: return to the mixer, return speaker, in-ear return, personal monitoring system and intercom system. The following five parts of the function to do a brief introduction.
1 return the mixer
Back to the mixer as the core of the stage back to the system, is the hub of the entire system. It takes on important functions of bus allocation, monitoring, effect processing and output scaling. The setting method of the return mixer determines whether the whole process is fast and reasonable. At present, due to the complex configuration of all aspects of the show, usually need to use more output bus with a digital mixer to complete the stage back to the production of the task.
2 return speaker
There are three main types of return speakers: floor-mounted speakers, side-to-side speakers and subwoofer for return. Returning loudspeakers are loudspeakers that can withstand extreme loads and often require high output power, especially in rock and roll environments such as rock and roll.
Floor-type return speakers are usually coaxial or non-coaxial design of the two-point sound source speakers, commonly used to be a single singers or players to provide a return (this article does not discuss evenly distributed in the stage lips, and only feed Single-signal floor speaker group), the settings can be mono, can also be stereo, can also be two (4) speakers to axis symmetrical way to send two sets of stereo signals, the signal feed content is based entirely on the actor Request to set. Due to the low latency of the low-frequency response of the floor-mounted loudspeaker and the limited energy intensity that can be restored, it is necessary to add an additional subwoofer to supplement it with low frequency for low frequency reduction. In the electro-acoustic band, usually need to use this speaker set is the drummer, to the bottom of the drum and bass to feed the bass signal, the need to the appropriate proportion into the ultra-low speaker. The bassist is equipped with a corresponding bass speaker, so there is no need for a separate subwoofer.
Side back speakers have an important role in the production of large stage returns. It uses two conventional full-band speakers (point-of-the-art loudspeakers or line array speakers with ultra low systems) located on the stage up and down the table, close to the lips and point to the actors on the stage. The side-back speakers are mainly used in electro-acoustic bands, operas, musicals (including drama) and symphony orchestra. For the opera and musical, use the side of the speaker out of the stage for the sake of consideration, the return speaker will not appear in the audiences attention, the contents of the feed signal, including the music band, the background band and the actors of the lines and singing; The playback loudspeakers used in the sound reinforcement are available in a variety of ways, with only one of them being used in conjunction with other ways. For the symphony orchestra, there is a natural balance between the band members, so the main feed back to the speaker command (for rehearsing), solo, solo actor, and the hosts signal. In both cases, the use of the side-back speakers needs to cover the entire stage, so often more than one group, and each group of speakers issued by the sound pressure level is relatively low. For the performance of the electro-acoustic band, the side-back speakers are usually only one set, often accompanied by a high sound pressure level, to the actors to send the whole content of singing to create a sense of overall, in the playback sound pressure level Low, you can create a sense of the environment, especially when the outdoor performance is very obvious.
3 in-ear return
The term in the ear returns comes from the English "IEM (In-Ear-Monitor)", which feeds the return signal directly to the actor through the ear-style headphones. This way has a good isolation from the noisy environment on the stage, which helps the actor to hear the sound more clearly with a smaller sound pressure level, thus greatly reducing the overall sound pressure level of the loudspeaker system on stage, The possibility of feedback. In-the-spot returns have a very important role in the performance of accompaniment and solo pick-up, especially in the event that the actor needs to listen to the point number, the bands chief instruction and the directors instruction, the ear-style return has an irreplaceable role. In the ear-type transmission can be wired transmission, it can be wireless transmission, the signal feed can be either mono mode, it can be stereo mode, do not repeat them here.
4 personal monitoring system
Personal monitoring system is based on the network of audio transmission protocol for signal transmission and distribution of the stage return system, which is essentially through the network distributor to connect multiple audio matrix. (Such as a drum, keyboard, etc.) or a single signal (such as solo, solo, point number, etc.) that is made and adjusted by the return tuner to the network dispenser, by the network distributor (with Aviom D800-Dante For example) to each station (to Aviom A360 personal monitor mixer, for example, see Figure 1) to feed the signal. Each actor is equipped with a station, they can according to their own needs to flexibly adjust the volume of the signal ratio. This personal monitoring system greatly reduces the workload of the return tuner, for the actors to provide a more flexible adjustment mechanism to improve the efficiency. And thus in many large-scale concerts and variety show which have been widely used. 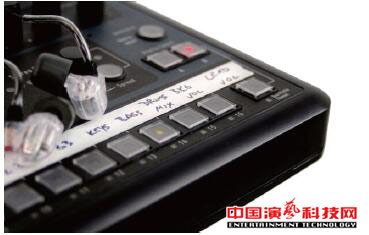 Figure 1 Aviom A360 Personal Monitor Mixer
5 intercom system
The intercom system here refers specifically to the system required for communication between the master and the tuner, between the tuner and the actor, and between the tuner, the actor and the director (this does not involve the performance The internal communication (Inter-com) system used by the various departments in the communication process). In the course of rehearsal and performance (mainly in the course of rehearsals), the tuner and director need to communicate effectively with the actor in order to promptly and accurately issue the instructions while understanding the needs of the actors. At the same time, And return tuners also need to be close and effective communication. Especially in the large-scale performances, intercom system is a very important part of the building.
One of the most basic intercom systems consists of four intercom microphones, two monitor speakers, a return speaker used by actors on stage, and earphones. 4 intercom microphones are set in the main amplifier tuner, return tuner, band chief and director around, which directors usually use wireless microphone, the other three microphones are common for the switch with the moving microphone; 2 monitor the speaker Are located in the main extension of the tuner and back to the tuner side. These microphones and monitor speakers are connected to the return mixer for flexible distribution.

Previous： How to solve the problem of sound reinforcement