The setting and operation of the stage return system 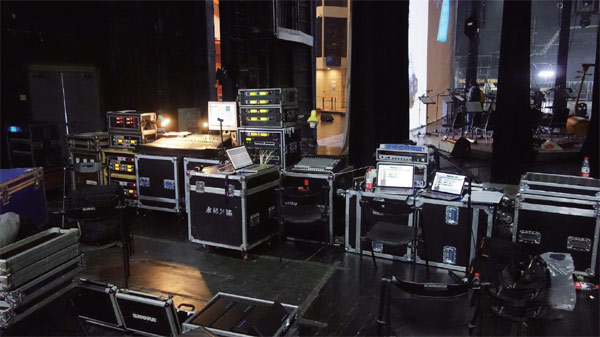 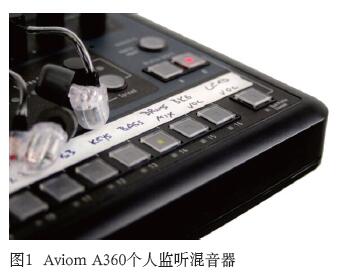 3 stage return system connection
The connection of the stage return system is through the return of the mixer different output bus and different groups of speakers, in-ear return, personal monitoring system of the network distributor and the intercom speaker connected to meet the flexibility of the feed, do not interfere with each other, logic Clear and easy to operate requirements.
3.1 Output the feed signal through the mixer
The main output of the mixer is the most basic bus of the mixer, which adds the signal from the fader on each input channel and outputs it through a stereo. The main output is usually used to feed the most important set of stereo signals on the stage, such as a stereo floor-style return speaker used by the lead singer, a stereo in-ear return, or a back-to-back speaker.
Since the main output of the mixer is unique, its signal connection also determines the connection of other return devices. For example, if the in-ear return of the lead singer is sent through the main output, all other stereo return signals must be sent through the stereo auxiliary output before the fader. In general, the signal sent by the mixers main output must be adjusted for the entire performance, especially the input channel, which affects whether all of the fader output signals can be sent. For example, in some tracks, it is necessary to mute the instruments that are not played. When the auxiliary output of the signal extraction point for the fader (Pre Fader), Mute (Post Mute), once the input channel mute switch is turned on, the channel sent to all the auxiliary output signal will be cut off, which is required ; If only a mute switch for an input channel to an auxiliary output is turned on (the FlipFader mode is usually used when the mixer is operated, the amount of auxiliary output is controlled by the fader. In this case, it is prone to the above operational errors), it will still appear in the return of other actors. Therefore, a trade-off is required to determine whether the main output is for in-ear return (same as a stereo floor-mounted speaker) or a side-back speaker. The main principle is as follows: When there is only one major actor (such as the protagonist of the concert), the main output for the ear return (or floor return); when the performance of a number of equally important actors (such as stars singing, And at the same time on stage), the main output can be used for side-back speakers. Of course, there is a very rare connection, the mixer is not connected to the main output of the main ring to send back, nor to connect back, but for monitoring purposes, the fourth part of the detailed.
3.2 The auxiliary output feed signal via the mixer
The feeding of the return signal through the auxiliary output of the mixer is the most common setting for the return tuning. Since the auxiliary output signal extraction point is flexible, it is possible to ensure that the proportions between the outputs of the mixer do not interfere with each other. Therefore, it can be applied to all return output requirements. Attention should be paid to whether the signal extraction point of the mixer auxiliary output is the pre-fader or the post, and there are still different options for the pre-fader. For example, the Avid Venue mixer has a further chooseion of Pre EQ and PreMute for the fader, which indicate that the auxiliary send is not controlled by the channel effects and the mute button, respectively. Pre EQ is usually chooseed when a mixer is responsible for the main drive and is responsible for returning to ensure that the tone adjustment made by the tuner against the viewer does not affect the actors on the stage; and Pre Mute is used in the reference signal Case. In the independent return production, you must avoid the use of Pre EQ and PreMute. Auxiliary output can use either mono mode or stereo mode, and its left and right relationship needs to be the same as the mixers main output, ie, "actor perspective". In addition, for the stereo auxiliary output, use the "Follow Channel Pan" This option allows the stereo sound in the stereo output to be consistent with the sound of the input signal, which can greatly improve the efficiency and save the setup time. 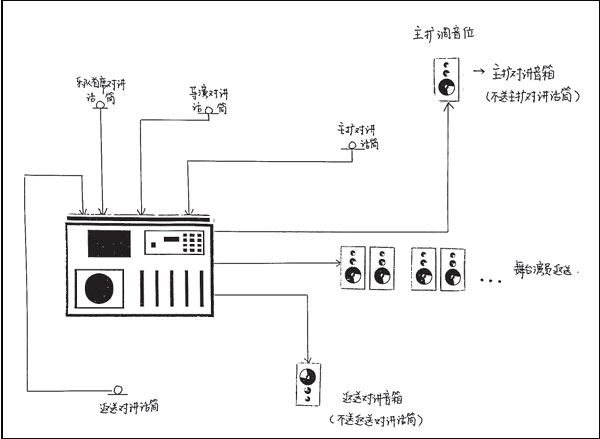 Previous： How to solve the problem of sound reinforcement