1 blindly imitating the European mechanical stage form
When we are studying the experience of foreign theater construction, we mainly learn from European experience. But a large number of imitation of the European stage form, not necessarily the most suitable for the stage of our theater stage. Most of the European cinemas are the repertoire of the repertoire of the repertoire, and their performance system is played every day during the performance season, and is a different play, the performance of the program is also used more large scenery. So often in the main stage around the auxiliary stage, for the next play to prepare scenery. Most of their mechanical stage to transport scenery as the main purpose. Chinas main study is the stage of this model in Europe. And the theater of our country, most of the rental theater, with a different performance process with Europe, used to: Taiwan → show a few performances of the same program → dismantling the platform, shipping the scene of the basic stage is not useful. Some of these are the main tasks of transporting the background of the stage machinery, mistaken for that is mainly used to participate in the performance, in fact, for the performance of the stage machinery are designed specifically to have a higher safety requirements and better performance The To send the scene as the main task of the stage machinery movement form are relatively simple, the opportunity to use the show will not be too much. 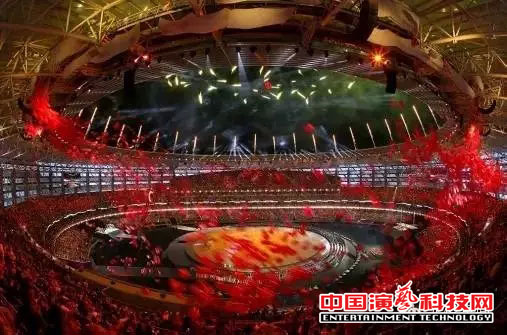 2 ignore the North American countries in the form of the next stage of the North American countries the most common form of the stage is the next stage, this stage has many advantages, more suitable for rental theater use needs. The New York Metropolitan Opera House, which owns the mechanical arena, is a rare exception in the North American countries, and the US FDA theater design consultants say the mechanic stage of the Metropolitan Opera is only one in a thousand percent in the US theater. There is an empty desk on the stage, and the stage is made up of a piece of the stage floor and mounted on a removable steel frame. This stage is characterized by low cost, and very flexible, in such a stage performance, often can appear in some other forms of stage can not appear and unexpected drama effect. The lower stage and easy to transform, for some special effects can be some specially tailored stage equipment into the next empty stage. Under the flexibility of the stage, to the theater workers left a full creative space, can better meet the various requirements of the stage on the stage. The United States, Canada, Professor of dance, theater design consultants and stage staff agree that the design stage of the most important consideration is the flexibility of the stage to be able to easily adapt to the needs of various performances, in particular, can easily use a variety of modern Technology, to achieve the changing stage effect. Why do they only build a German-style mechanical stage theater, do not build the North America under the stage theater do not understand。 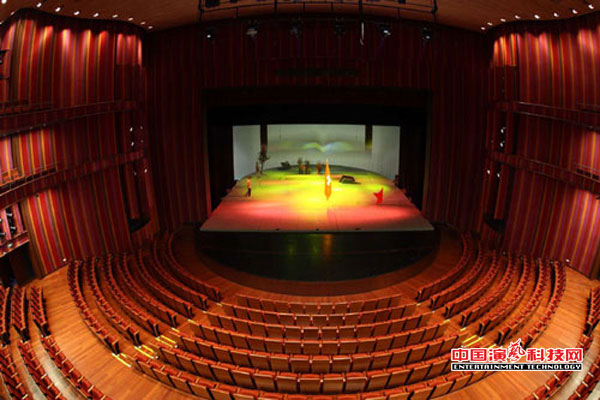 Now to the North American theater theater, the exchange of people have a lot, but have the opportunity to go deep into the stage Taiwan people not much, into the Taiwan positions and know why they are less, so the next stage in our country has not yet Cause enough attention. Propaganda to promote the work of the next stage, in our country is still in the initial stage. 3 character type stage too many font stage is the most used in the form of a theater designer in China, some people say that China made within ten years of the word type stage, than the world of the same type of word stage even more. In fact, in order to meet the different performance requirements, the European mechanical stage has a variety of forms. For example, a drum-type turntable suitable for drama, a chessboard lift with a specific effect, a multi-layer mechanical stage for converting the stage table, and a large turntable of 38 m diameter. Each type of mechanical stage will be a variety of changes to the word type stage, for example, can be reasonably simplified, such as increasing the depth of the lift, reducing the number of lifts; can also build a single side of the platform, do asymmetrical stage The These are not only the design of local conditions, but also to meet the different forms of drama needs as a starting point. I have worked with the Hangzhou Tianyu Architectural Design Institute for the design of the blue sky theater designed only a single side of the asymmetric stage. In 2014 the author carried out a return visit, blue sky big theater general manager said: three years to perform hundreds of various repertoire, foreign theater and domestic national, provincial and municipal theater of the theater configuration and equipment are satisfied , Did not happen can not meet the performance requirements of the situation. Visible, word-shaped stage can be simplified. Surrounded by the stage in addition to the font type, can also be made conducive to the rotation of the field field, can also be developed into a seven-stage, nine stage. In short, we learn the form of the European stage, not just staring at a school. According to the performance needs to choose the appropriate form of mechanical stage, you can also need to develop some new forms of mechanical stage. Like the Shanghai Oriental Art Center theater multi-storey mechanical stage, China Wu Theater doubleTurntable, is more in line with the requirements of the project form. 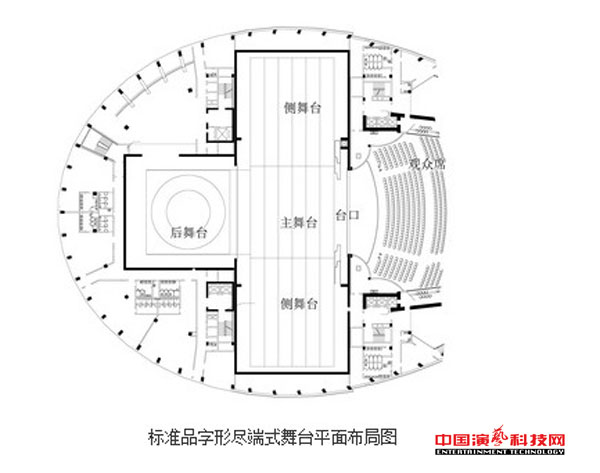 Turntable, is more in line with the requirements of the project form.

Chinas word-type stage has been made too much, should be considered as much as possible to build other forms of the stage, so that the masses of the theater have a suitable stage to perform. In particular, we must not have the conditions of the word stage construction conditions, blindly violate the law, hard to make some of the requirements of the use, like the cottage version of the font stage. 4 Taiwan mouth width is too large For more than a decade, the national new theater platform mouth width is greater than, equal to 18 m frame type about 70 or so, obviously deviated from the actual needs of the show. The kind of mistakenly think that the wider the station, the higher the level of the theater point of view there is still a certain market. In 2013, a province in the construction of a large public theater, the local cultural department of the main leaders on several occasions to mention the mouth at least 20 m. Do not know such a large mouth of the theater in the future ready to play what drama, the effect of how good the performance. The ninth festival, there are 70 repertoire participating, 69 repertoire in the troupe made a request for the width of Taiwan, the details in Table 1. Three of the repertoire of 17 m or 18 m table width are acrobatics, and many of the repertoire is required for 16 m or more, and the performance is not required. Facts show that the most suitable for our performance requirements of the Taiwan mouth is 14 m ~ 16 m wide. Some people think that when you do not need 18 m station, you can narrow the platform through the counterfeit mouth. In fact, the fake mouth contraction, the audience line of sight and other viewing conditions will change, the theater is not in the best use of the state. Therefore, the width of the theater should be determined according to the needs of the station, at least in the same area with a width of 18 m theater should not be too much. 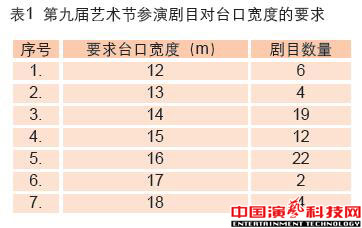