As Jiaxing TV (hereinafter referred to as Jiaxing Taiwan) lighting division and stage art design, over the years, I participated in the Jiaxing station news programs and variety show class TV art design and lighting design work, but also some experience. This article mainly combines the work practice, the 20th century, 90 years since the TV lighting and television art technology development process is divided into five stages to briefly explain. Of course, these five stages are also interspersed with each other.
1 simple flat or semi-stereoscopic combination of art production and lighting simulation control stage
The early 90s of the 20th century, the news background is relatively simple, as long as the highlight of the screen theme on the line. Generally by the artist in the assembled plate directly with water powder paint the need to draw the image of the scene, or in the frosted glass to show some of the desired pattern background.
Jiaxing news section "news wide angle" (see Figure 1) background board with a frosted glass, with a TV pattern. With the spotlight in its back side of the shape and rendering. In the late 1990s, "tonight eight oclock" (see Figure 2) was a well-known social education section of Jiaxing Taiwan. The background is built in the wooden frame embedded in 1cm thick glass, glass behind the night to write the film. Light using a 1 250 W heaven and earth curtains for uniform anti-vote, through the SCR technology to more easily control the bright and dark lamps, light intensity changes; more convenient to control the main light of the main light, Light of light than to carry out character modeling and background strength adjustment, to strengthen the night effect, adding a picture perspective. At that time, Jiaxing Taiwan has begun to use the three-color cold light for the "tonight eight" column lighting arrangement. At that time, three-color lights is a new thing, together with a special dimming console can also be dimmed. Technical staff using a mix of cold and warm way to use the characters cloth, the screen lighting effect is already big over the years. 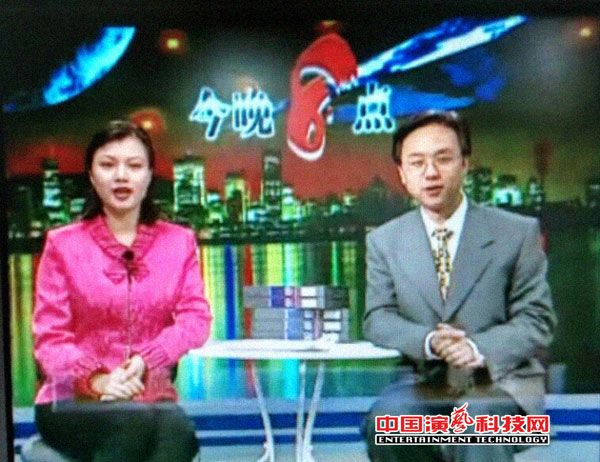 Figure 2 Jiaxing social education section "tonight eight"
In the spring of 1995, Jiaxing Taiwan for Spring Festival Evening live (see Figure 3). At that time, the analog light console can be put and the lamp one by one corresponding to control, can also be set through the console marshalling group marshalling control, I rely on the simulation console group control to complete the lighting changes required. Through the analog console input analog signal to the thyristor and then control the light and shade, although the control is not convenient, but in the field of lighting control for a long time. In the same period, "Jiaxing City Childrens Art Troupe set up party", "Qing Nanhu 96 Spring Festival Evening" (see Figure 4, Figure 5) background design also remain in a simple plane or semi-stereo combination of the stage 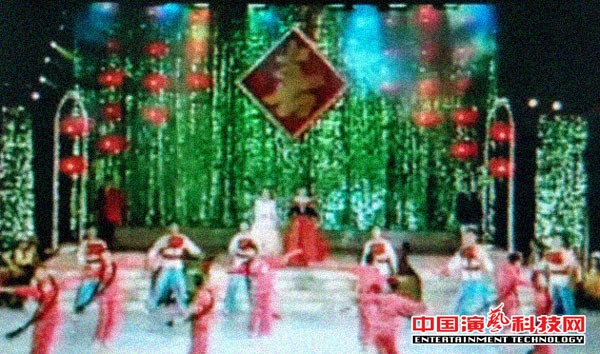 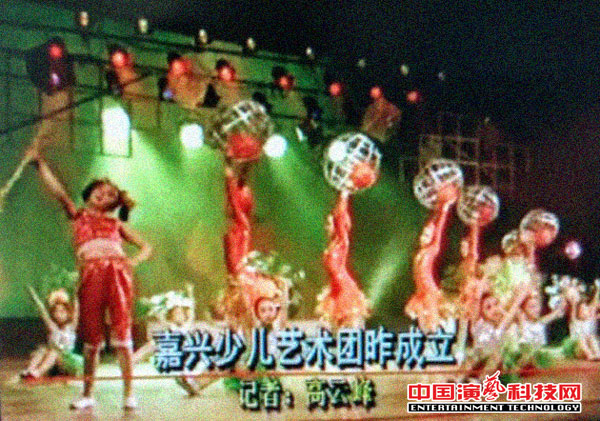 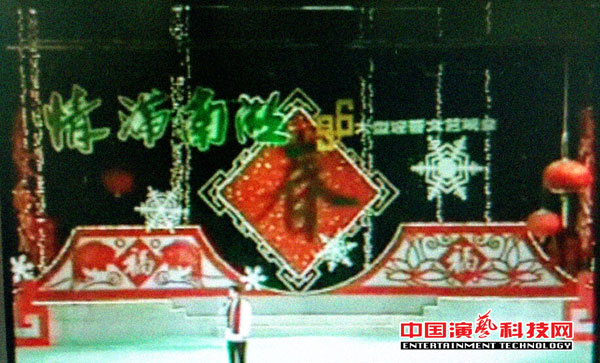 Figure 5 "Love Mannan Lake 96 Spring Festival Evening"
2 three-dimensional real scene background production, lighting control mode digital stage
TV art can be said to be on the subject of materials, with the development of television art material innovation, its performance gradually diversified and colorful. TV art space to build, more suitable for multi-camera television, multi-view, multi-view and multi-angle features. This stage of the real three-dimensional production of popular, especially since the luminous materials in television art applications also began to effect. The application of light boxes, spotlights, fluorescent lamps, neon lights are often used in the background.
Large children puzzle program "Growing happy" scene shooting scene is made of foam relief (see Figure 6). In addition to lighting in addition to lighting, mainly with three-dimensional light, the use of color contrast, the atmosphere rendering. "Tonight eight oclock" background make the actual situation combined with the background comes with home decoration projection lamp (see Figure 7). In the layout of the lights, the use of the white sky, with 1250 W sky lights, floor lamp projection 805 blue light. Other places with warm colors to hook out the theme. Such as "tonight eight" a few words, "clock", pillars, "JXTV" triangle shape with 2000W spotlight warm treatment. In the middle of the tree with the floor lights plus blue anti-vote, so that the image is prominent, with symbolic significance. 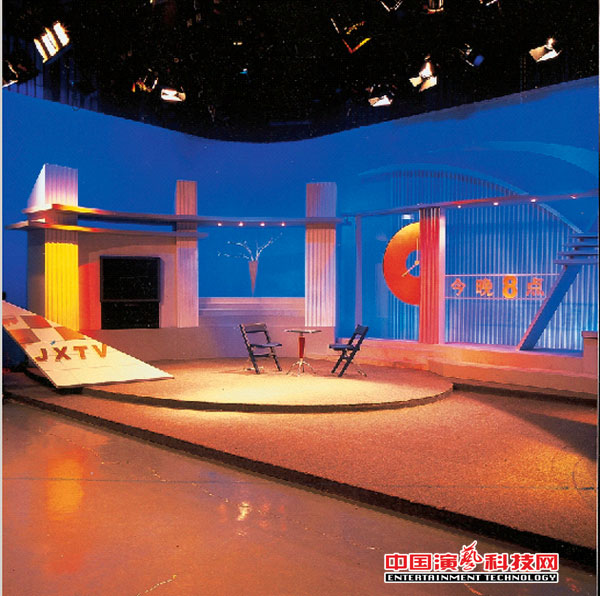 Figure 7 "tonight at eight"
3 since the luminescent materials, computer scanning lamps, computer discoloration of the application stage
With the changes in the concept of choreography and material progress, more and more self-luminous components in the tandem of television programs to be applied, such as neon lights, running lights, LED advertising light boxes and so on. In general, these luminous bodies can not be uniformly adjusted by the lighting division bright and dark, since the luminous material appears in a composition of the plane, its direct brightness is often much more than reflected by the camera to perceive the main subject of the brightness of the face, The background between the large brightness ratio has become the main impact on the quality of the screen.
In the character light, the author fully take into account the background fluorescent lamp or LED light box color temperature and brightness, with enough illumination to ensure that the character color reproduction (see Figure 10, Figure 11). By the many self-luminous material composition of the variety show choreography scene, basically can form their own panoramic picture. And in the close-up picture, the main body to deal with the main body and the brightness of the background between the brightness balance has become a key link. Lighting, choreography, video and other types of work must be controlled from the luminous background brightness, improve the subject character illumination, picture composition and other aspects of co-ordination and cooperation. 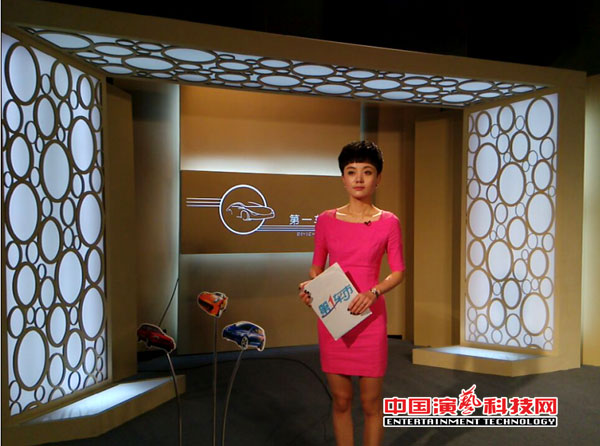 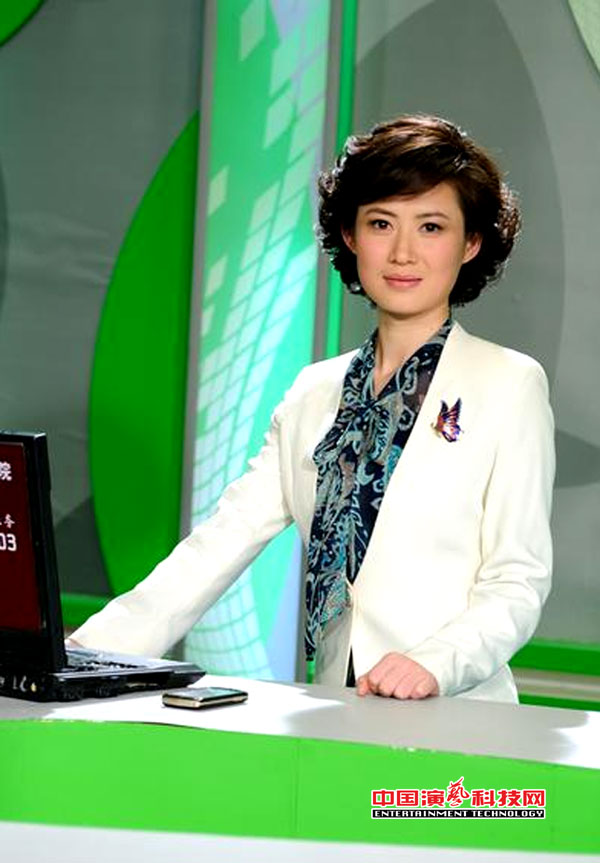 Figure 11 Jiaxing TV column background fluorescent light box
4 LED large screen and intelligent computer lighting a large number of application stages
LED large screen in the emergence of television art, bringing a revolutionary new technology, new means, so that the original single atmosphere, a fixed style of the choreography scene, you can show through different video images to create different mood effects; The background of the main performance with more accurate; so that the rumors of the scene to convey a richer message, more dynamic. Video background is not only the song and dance performances of the screen foil, more to become an important part of the program choreography. This stage of the choreography background, often because of the high color temperature LED and the color of the light source of the uneven color and lead to the character color is not accurate, the screen background color saturation is too high, a direct result of poor recording quality.
"Five water co-governance" TV art design to blue and green-based, highlighting the five ecological governance of ecological achievements (see Figure 16). Stage a lot of water elements, meandering river, blue sky and white clouds. The stage hanging three arc color screen, or blue sky and white clouds, or green shade, or flowers; the surface treatment with a number of white curved tape, reflecting the winding river clean, but also increased the stage The stage of the vertical pillars, or with the water elements, or with bright urban architectural illustrations, or green leaves; stage swing curved steps, adding the stage of the three-dimensional and layered. Guests on the stage two-story platform, the light can be a good backlight shape. In the shady at the end, hanging LED stars in the background, the computer pattern lights, dyeing lights, beam lights for lighting effects rendering and participation in composition, the release of appropriate smoke, the actual shooting 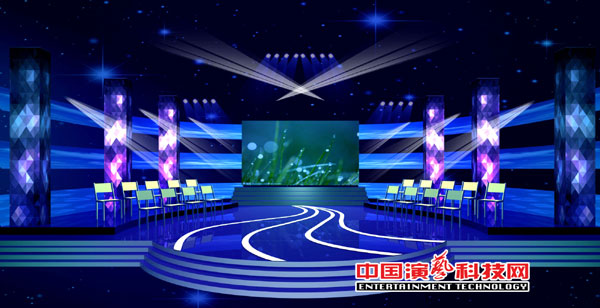 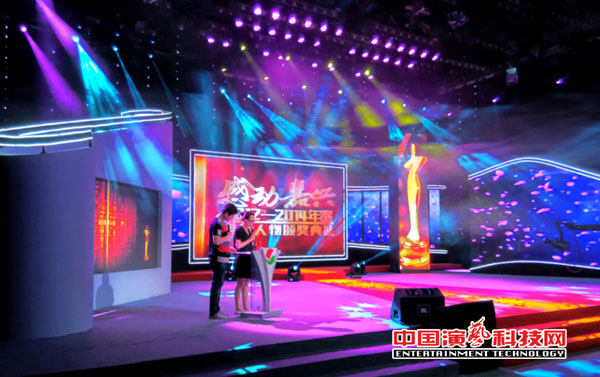 Lighting control system in the digital equipment based on the establishment of the network system, to achieve a point to the overall control of the network, has been integrated into the network of various digital sites, each console and dimming stand can form interoperability. In this digital link, the lighting equipment of different studio can be controlled in different places, at a certain point of all the scattered equipment can be monitored and managed, encountered important programs, the port console can achieve mutual backup, digital signal network connection , For the expansion of the lighting system provides the possibility, such as remote diagnosis troubleshooting.

Along the way, the performance of television art means both the real structure of the fixed solid scenes, but also with the LED large screen changes in the video background. Now virtual implant technology, holographic technology in the CCTV Spring Festival Evening, the major TV show and other large variety show has a wonderful performance, the TV screen is more beautiful, more visual impact. Virtual implant system mainly consists of tracking system, graphics workstation and graphics creation system composed of three parts, to achieve the virtual scene and the reality of the seamless combination of the scene. This technique of superimposing virtual images in realistic scenes can break through the real environment in the field, the limitations of the scene, and add more and more creative visual content on the basis of reality.