The studio noise generally refers to the sound that is not related to the content of the recorded program. As the studio is different from the general room, the noise has strict requirements, should meet the national noise standards. In acoustic design, noise standards are usually defined using noise evaluation curves. The noise standard of the studio is as follows: When the two adjacent rooms are working properly, including the normal operation of air conditioning equipment and other electrical equipment, the incoming noise level should not exceed the standard requirements and affect the normal program Recording work. According to the use and area of different studio noise standards are not the same, see Table 1.

Table 1 Allowable noise standards for the studio
In order to achieve the studio noise control standards, often from the following aspects of the studio noise control.
The location and layout of the main building of the studio
TV studio noise evaluation indicators can be achieved, and architectural design is closely related to the quality of the building design stage should be given high priority.
1.1 Building site chooseion
Radio and television center construction site chooseion, should be considered as far as possible the environment is relatively quiet, the ground around the ground and the ground there is no strong vibration source and strong noise source, the air without aircraft waterway, and as far as possible from the high voltage overhead transmission line and high frequency generator area.
1.2 General layout
The total layout, the main building wall from the city streets of the roadway edge should not be less than 30m, to meet the insulation requirements.
2 studio layout
The layout of small and medium-sized television studios can be divided into two areas, namely, stage layout and camera work area. Now more and more large-scale television studio appeared in the audience, this with the audience of the studio, the use of features and small and medium-sized theater closer. The studio is equipped with a studio annex, used to work with the studio. There are three major categories of ancillary space in the studio: studio technology room, the layout of the props and the actor room. The studio is the center of the TV studio area, and other ancillary rooms are arranged around the studio. For the studio, the ancillary space distributed around the studio in the architectural acoustics design has played a role in the isolation of external noise and vibration, see Figure 1. 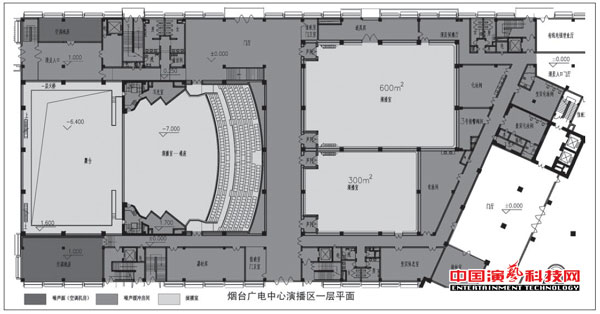 Figure 2 Surface density and sound insulation of different structural partitions
3.2 roofs
The roof of the studio should be 180mm ~ 240mm thick reinforced concrete floor, and in the following additional noise ceiling, see Figure 3, to prevent rain noise. When large roof panels or other lightweight roofs are used, the ceilings that can function as noise are added.

Figure 3 to strengthen the sound insulation ceiling practice
3.3 doors and windows
Compared to the studio wall, the studio observation window and the entrance door is the weak part of the sound insulation, should be taken seriously. Open to the studio control room observation window, usually with three 8 mm thick glass fixed window, and the glass interval, set in the vertical direction to prevent resonance. There shall be a sound barrier between the studio and the director room, the actors waiting room, the camera storage room and the shop props, and the sound insulation of the soundproof door shall be less than 40dB. The main entrance of the studio, should be set at the sound brake, sound on both sides of the sound barrier door, the sound insulation should not be less than 40dB.
3.4 Floating ground
For a studio that is close to a noise or vibration source (such as a city road or subway route) or a medium and small studio built in a business or office building, it is necessary to set up a "floating building" Room "in the form of structure, in order to prevent the impact of the crash inside the building. This type of structure will greatly increase the investment in studio construction projects, while the construction process is complex. Thus, the television center should be built as far away from noise or vibration sources as possible, and the studio should be built as far as possible from the business floor.
4 air conditioning system noise control
4.1 Air conditioning system chooseion
In the air conditioning system equipment, the fan is the main air conditioning noise source. Fan noise directly through the return air duct to the studio, should try to use low noise fan, and make it in the vicinity of the most efficient operating conditions, the air volume and wind pressure and design requirements to match.
4.2 reasonable control of air conditioning system air flow speed
Air conditioning system wind design of the air flow rate is too high, will increase the pipeline pressure loss and air regeneration noise, resulting in air conditioning system noise is too large, so if you want to meet the background noise requirements of the studio, air duct and outlet flow rate should be Control in the range of Table 3.

Table 3 wind tunnel and send, return to the wind speed design recommendations
4.3 Air conditioning system Set the static pressure box and choose the appropriate muffler
Air conditioning equipment and piping between the use of soft connections, air conditioning pipes with flexible hanging. Determine the amount of noise required by the noise and spectrum characteristics of the fan and the noise tolerance of the studio, ie the muffler performance of the chooseed muffler is compatible with the amount of noise required; the pressure loss should be adapted to the pressure loss allowed by the piping system Regenerative noise should be compatible with the sound source and silencer performance, so that the muffler muffler performance can be fully developed.
5 electrical noise control
5.1 Generation of electrical noise
In the television studio, noise suppression is not just architectural design and acoustic decoration on the treatment, electrical equipment installation and use of the process will encounter noise problems. In order to suppress electrical noise, we must first have a clear understanding of the causes of noise. High-frequency electromagnetic radiation interference generated by the communication and electrical equipment generated by high-frequency electromagnetic radiation, will be mixed into the audio signal transmission, resulting in noise interference. Ground wire unreasonable introduction of noise: most of the audio equipment in the amplifier circuit is generally composed of preamplifier and power amplifier, the power level of the output current is very large, the current through the wire voltage drop will be applied to the power supply voltage and affect the pre-level Amplifiers, resulting in unnecessary feedback and the formation of noise; Similarly, the equipment in the broadcasting system, due to a variety of radiation and electromagnetic induction generated by the current can not be a good short circuit, the noise generated will interfere with the system. Noise caused by power supply interference: due to power equipment, air conditioning equipment, lighting equipment and other common access equipment, it is easy to cause poor electromagnetic compatibility, resulting in spikes, surge voltage, different frequency ripple voltage will interfere with the audio equipment.
5.2 Restrictions on electrical noise
In order to be able to control and suppress electrical noise well, a variety of measures and methods can be taken. Each electrical system should have a separate design, should be designed separately power transformer. The benefits of doing so, first of all to make the system process power purification, to suppress the strong power on the weak interference; at the same time to protect the safety of the electricity system, so that the process system will not be because of air conditioning, lighting system, the impact of the lack of electricity Normal program recording. In the wiring construction and equipment installation, all the power cables, signal cables and other cables to be done to wear metal shield tube protection, shielding tube can not be broken in the middle, even into one, the terminal ground; power cable (strong) And the signal cable (weak) to avoid parallel wiring, and try to do away from the wiring, strictly eliminate the use of different multi-strand cable to send different signals. If there is wiring caused by the interference between the signal, then the use of the process in the future is difficult to suppress and deal with such noise, program quality greatly reduced, or even can not be used. In the equipment installation process, regardless of the use of balanced or unbalanced connection, should pay attention to shielded ground, in order to avoid system noise. The usual effective method is to ground one end of the shield and the other end open. System equipment as far as possible the use of good performance indicators, anti-interference ability products.
Excerpt from "Performing Arts" 2014 the tenth period