Outdoor music festival in the country in the ascendant, Shanghai "Chen Shan grassland radio and music festival" (hereinafter referred to as "Chenshan Music Festival") to "flowers, product music, music enjoy life," the concept of urban cultural life won the publics warm welcome. Since the reform and opening up, China and other countries in the world more and more frequent cultural exchanges, different countries and different cultural performances in Chinas stage, enrich the cultural life of the masses. In the "Chen Shan grassland radio festival", invited the contemporary international music scene on one of the most outstanding cellist Misha Meisiji and the worlds top conductor Jonathan Knott led the German Bamberg Symphony Orchestra, they cooperate Presented the Tchaikovskys cello concerto "Rococo theme variation"; with warm, thick sound known German Bamberg Symphony Orchestra for the Chinese audience interpretation of Beethoven, Dvorak and Brahms Such as music masters masterpiece. It is an important responsibility for professional audio production personnel to record, produce and retain these excellent art shows. In view of the sound production of this large-scale program, the author of the music festivals technical needs, sound recording system design, microphone layout, etc. were fully prepared, reasonable design and careful implementation to ensure that the Chen Shan grassland radio Music festival sound and recording quality, get a good evaluation and feedback. 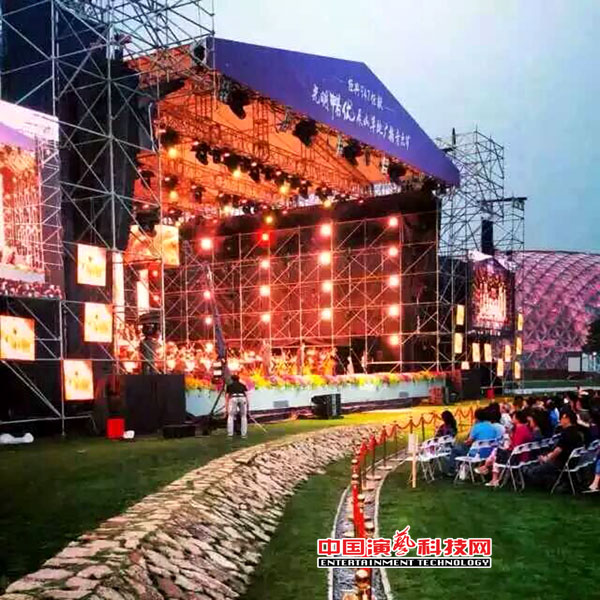 Design of sound reinforcement system
Chenshan Music Festival is the outdoor grassland music gathering of more than 5,000 people. The main venue is arranged on the large lawn of the Chenshan Botanical Garden, with an area of more than 10,000 square meters. The audience area is about 85m in depth and about 60m in width. In the concert hall held in the indoor concert, the general concert hall has a good sound built environment, the use of sound hood, reflector and other acoustic construction, the formation of appropriate sound field, so that the concert hall has a good acoustic characteristics, the sound can spread to Everyone at the audience. The entire concert in the performance even if not sound treatment can also get a satisfactory listening effect. There is no building around the outdoor concert, the venue is open (see Figure 1), the performance venue does not have the ideal hall features, so the sound reinforcement is the core of the concert. Only the sound of the music can be passed to the ears of every audience,

Figure 1 outdoor concert environment
The design of the sound reinforcement system takes into account the sound pressure level of the audience area (up to 100 dB), the uniformity of the sound field distribution, the projection distance of the loudspeaker, and so on. First of all, through the Performance Manager software to accurately simulate the site to determine the number of speakers, lifting height and angle, and simulate the speaker sound field coverage, as shown in Figure 2 ~ 4. The activities of the main stage of the sound reinforcement system, by the 24 JBL VTX V25 linear array of full-frequency speakers as the main speaker, about 12, covering the entire central area. JBL VTX V25 D2 double diaphragm high frequency unit, can meet the classical music on the high frequency of high reproducibility requirements. Subwoofer shared 12 VTX S28 speakers, distributed around. Front field fill speakers with 4 JBL VT4888DP active speakers. To improve the entire sound reinforcement system, both sides with 5 JBL VT4889 for the side fill sound speaker. The entire system is powered by the CrownI-TECH HD series of audio power amplifiers. In order to reduce the transmission loss between the audio power amplifier and the speaker, the audio power amplifier is placed around the speaker. 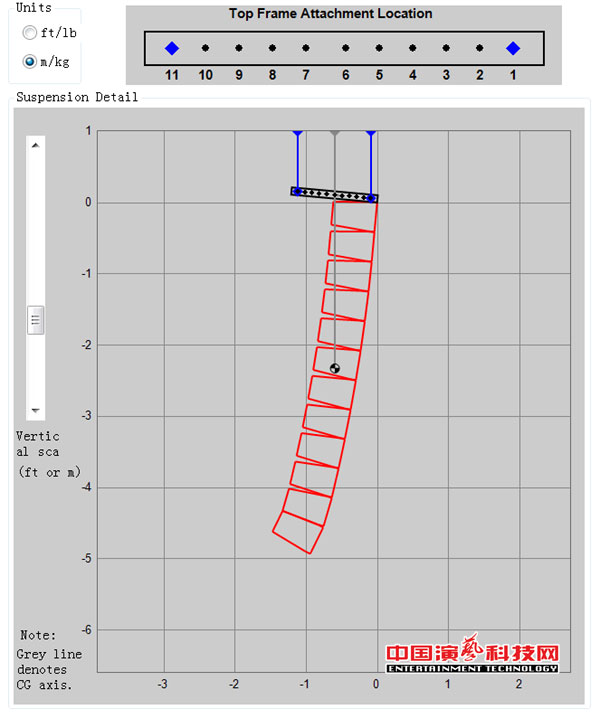 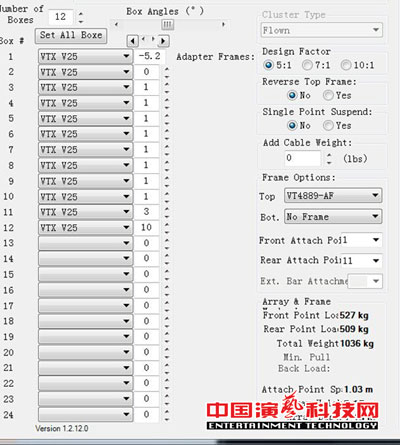 Figure 4 simulates the sound pressure level of the loudspeaker sound field
Each group of speaker signals are delivered separately, independently controlled, for overall balance, and to avoid mutual interference between speakers. With the pink noise on the system to adjust the frequency response (multi-stage equalization), so that the entire system frequency response, while multi-stage balance through the whistle, to avoid the whistle. The whole system uses HiQnet Performance Manager to control software real-time debugging and monitoring.
The concert back speaker system is relatively simple, using the JBL SRX712 return speaker. Mainly in the solo, command office, the band set on both sides before and after the return speaker. Each pair of speakers is delivered with a separate path and can be adjusted as needed. The mixer is the soul of the entire sound reinforcement system, the soundtrack console using the Soundcraft Vi6 digital mixer, the entire mixer input channel for the 96, a convenient scene storage and call function. MIC / LINE input interface box placed on the side of the stage, connected through the fiber and mixer. Output channel can be set according to the needs of users, the sound output, including the main expansion, ultra-low, fill the sound, also sent broadcast live and television video. The return mixer uses Soundcraft Vi4. Two mixers are backed up, and the two-way signal is mixed by the audio processor DBX Drive Rack 4800 to ensure the safety of the performance. Signal transmission as far as possible using fiber path. The main console through the MADI port output 64 to the hard disk recorder for multi-track recording, hard disk recorder to take the signal from the mixer direct out, the maximum range to retain the original signal. When the sound reinforcement, compression, balance, delay and other peripheral equipment are used inside the mixer function, external equipment is mainly hard disk player and two lexicon and T.C reverb. The live sound of the mixer is shown in Figure 5. 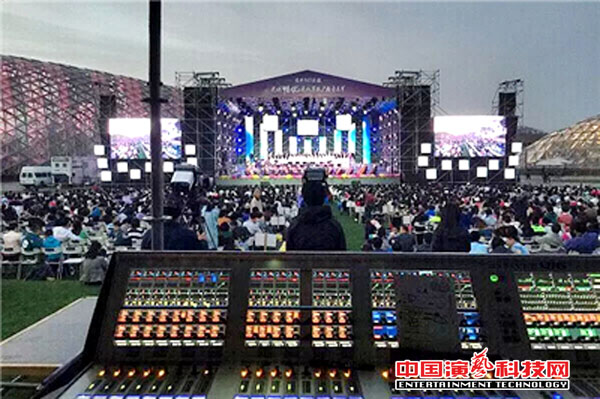 Figure 5 sound reinforcement console
Through the subjective evaluation, the whole system in the reproduction of classical music, has a good frequency response characteristics, the central area of sound and image positioning, sound field uniformity, signal to noise ratio and dynamic range to meet the needs of the concert performances. Actual test system maximum sound pressure level can reach 103 dB.
2 microphone pickup processing points and layout
When the concert is held in the concert hall, it is recorded by a mature standard microphone (such as A / B system), and the sound source of the local sound source can be used to show the hall features of the concert hall. Because A / B system has a good sense of the hall and telepresence, the music feels full, can be a good reproduction of the sound field of space information. The outdoor large-scale concert is not a good hall features, due to the large number of spectators, the need for sound reinforcement, microphone pickup to take into account the impact of sound reinforcement, to avoid causing whistle. So the standard microphone is not suitable for use in the place.
2.1 Pick up the main points
Sound production is a combination of technology and art, as a sound engineer, to understand the artist to express the emotions, to understand the conductors and performers for the outstanding works of the interpretation of the emotions, listening is the basis of all creation. In addition to understanding the band performance track, familiar with the band preparation and its style is also very important, different band configuration is different, the parts placed varied. The sound engineer should also be familiar with the sound of the instrument before the sound hole, the instrument of the pitch and overtone, for different instruments using different characteristics of the microphone, generally each instrument has a conventionally several microphones. In the microphone placed to consider the different instruments between the crosstalk is small, because to ensure that each track of the track can get a clear sound instrument sound. But also to avoid too close to the direct sound is too large, harmonic components are not enough, so the microphone distance, height, angle adjustment is essential, these are the daily experience of each recording division. Mastered the above information, in order to successfully carry out the design and installation of the microphone, the latter part of the synthesis of production and other recording pave the way.
2.2 microphone design and installation
Chen Shan concert all use multi-point microphone pickup. The general sound of the pickup to take close-up pickup, pick up the direct sound more. So, in the band every part of the sound to ensure that the sound is clear at the same time, but also pay attention to multi-point crosstalk processing to increase the bands sense of the group. In the symphony orchestra will usually add some small sound pressure level of the instrument, these instruments are often in the works play a "finishing touch" role, is essential color instruments, such as triangular iron, harp, etc., should focus on these instruments The
Chenshan Music Festival Symphony Orchestra for the three control configuration, the band compiled about 90 people, the scene grand. The band arranged for the German, mention and two mention the command of the left and right, can better show a mention and two mention in the composition of the difference between the bit, which is an important feature of the distinction between American bands. In order to better show the bands style, live pickup is divided into three parts: the human voice, the band and the environment three parts, shared 56 microphones, pickup arrangement shown in Figure 6, Figure 7. Among them, the string, vocal microphone mainly use Schoeps MK41 supercardioid condenser microphone, percussion instrument using sennheiser MD441, bass microphone chooseion of large diaphragm U87-based, with other microphones to complete; environmental effects sound microphone chooseion sennheiser mkh416, pick up The voice broadcast and television broadcast channel. Because it is an outdoor concert, so each microphone are added to the necessary windshield to reduce the impact of the wind. 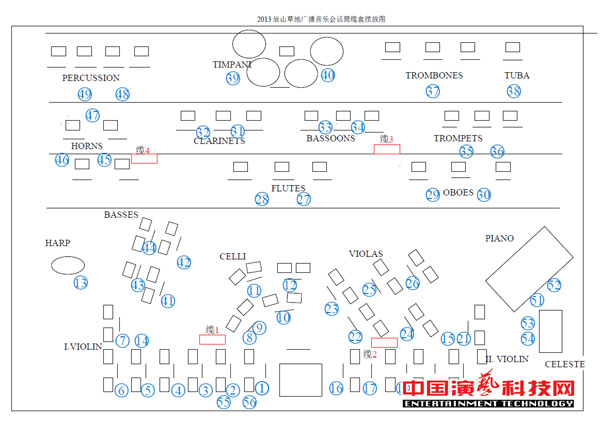 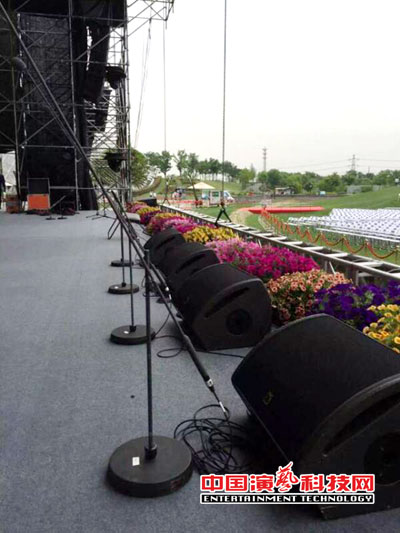 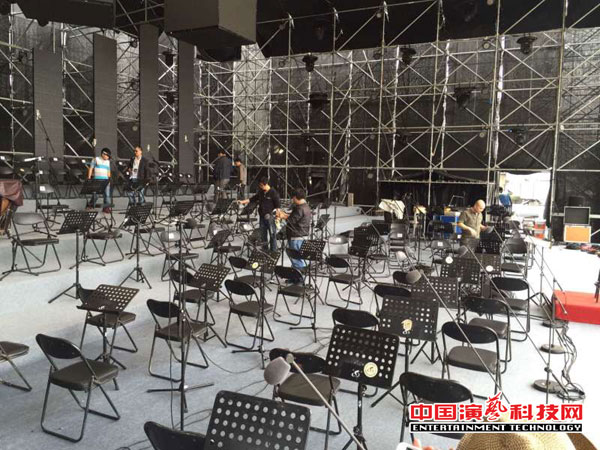 Figure 7 Pickup position of the microphone on the stage

Previous： How to design the sound field of Guangzhou Grand Theater