With the rich form of theatrical stage, the stage of the use of stage machinery, lighting, audio, video and other performing arts equipment types and the number of products are increasing, more sophisticated equipment and technology applications, the performance of the process between the various equipment Collaborative work and centralized control put forward new requirements.
1 to build a stable and reliable system LAN
Different equipment between the network through the LAN to connect, communication, upload media files, send control instructions, receive control instructions, etc., need a stable and reliable and efficient LAN platform. The corresponding data station should be set at a different data node location. The data station must be equipped with an on-line UPS uninterruptible power supply, configurable stackable, cascaded Gigabit network switches. In order to facilitate the data base station interval is far away, through the optical fiber ring network for data exchange, the switch must be with SFP photoelectric conversion module. Optical interface requirements in line with SFP MSAIEEE802.3 z standard, in order to prevent fiber jumpers off, the proposed dual LC connector; SFP photoelectric conversion module to be hot-swappable to support the transmission distance of not less than 2km.
2 to build a performance media interactive platform
Embedded Windows operating system and Linux operating system, the media server operating system stability is good, but does not support multimedia material file local upload, must use the client software (see Figure 1) to upload. In addition, the control (see Figure 2), monitoring system-related information access, picking, printing also need a material interactive transmission platform. This part of the network communication can be used in the data station under the management of the switchboard stack switch way to build. 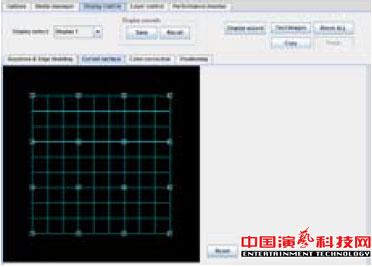 Figure 2 Linux operating system media server client software part of the control interface
3 Integrated console for Art-Net network control
As a comprehensive network console, should have a common Art-Net control function. Art-Net is a 10BaseT (now Art-Net 3 already applicable to Gigabit network, or 1000BaseT) TCP / IP protocol based on Ethernet, its purpose is to use standard network technology to allow remote transmission of a large number of DMX512 data. The more the Art-Net control domain of the console itself means that the more DMX addresses it can supply to third-party controlled devices, but considering the systems multi-machine hot backup and the consoles own operating pressure, More than a certain parameter, the need to increase the processing capacity of the network processor. At the same time, taking into account the convenience of video control, the network console and media server (see Figure 3) should support the CITP protocol, support full connectivity thumbnail import and video information preview (see Figure 4). The integrated console must be able to monitor the stage directly on the console when controlling the stage machine (see Figure 5). If the display window is not enough, the external screen can be used as a professional monitor for the mechanical operation of the stage. 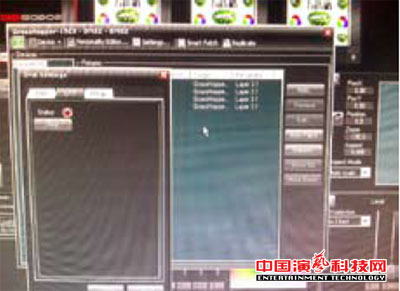 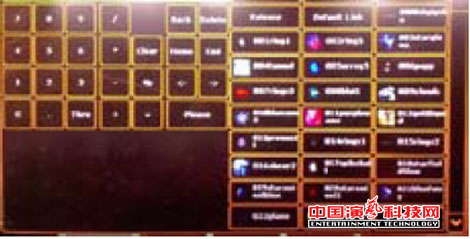 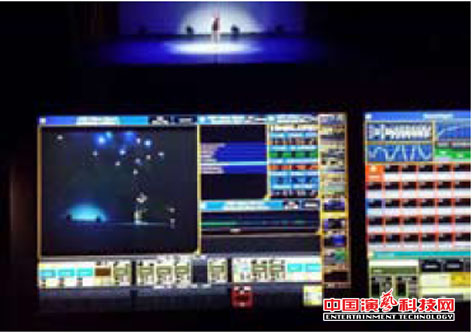 4 network parameter processor with independent computing power
With the LAN control parameters increased to a certain extent, then through the console itself, the system status monitoring interface can see the need to take up more hardware resources console, theoretically will give the control system to run a certain System risk. At this point, the need to join the system in the network processor (see Figure 6) to independently share the parameters of computing or reduce the computing burden of the console. The control system network processor has the same motherboard and processor as the console. Network processor through the main console authorized Gigabit LAN through the system after the session, the operation will not take up the console resources while also network expansion. In meeting the premise of system security, but also to meet the control domain and physical DMX512 address expansion needs, very safe and reliable. In addition, sometimes for the convenience of signal transmission, but also in the system to join the network protocol converter. Some of the large-scale performances in the network processing system (see Figure 7). 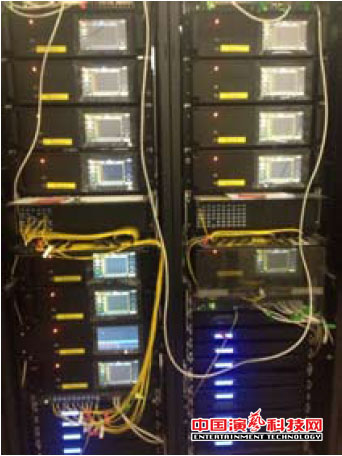 6 Handling of audio signals
Stage multi-element centralized control and audio signal related to the control there are two: one is given by the digital mixer MIDI / SMPTE and other audio and video synchronization signals to the integrated network console to trigger TIME CODE time code (see Figure 11 ), And the other by the integrated network console manual control or TIME CODE time code to control the digital media server material playback, and then by the digital media server professional external sound card (see Figure 12) output high Quality audio signal to the mixer local or digital mixer stage interface box input interface (see Figure 13).
7 support Art-Net protocol, ACN protocol control of the stage mechanical programming control platform
Stage mechanical control system is generally divided into PLC software functions and PC software functions. PLC software main functions include: authority control, set data, equipment interlock, device control, equipment grouping, inverter status display and reset alarm, program control Ⅰ / Ⅱ, the scene editing and operation intervention, fault information display and so on. The main functions of the host computer software include: setting the device name, equipment scene data setting and editing field, the time of the play, the host information display, the log generation printing, the repertoire downloading and so on. Automatic control system can be used on the stage mechanical equipment operating parameters of high-speed real-time monitoring, such as location, speed, limit, load and so on. You can set the operating parameters of each device in advance before the performance to generate the preset scene.
In a number of theatrical performances, in addition to a separate mechanical subsystems in the performance process can be a variety of stage machinery and equipment operation positioning, synchronization, speed and so on to make more precise control, but also requires access to the entire performing arts control System, to achieve audio and video machinery and lighting systems such as the integration of precise centralized control. In other words, there is an overall centralized control system on the stand-alone control system of the stage machine, which requires the stage mechanical console (see Figure 14) to be able to accept Art-Net network control of the integrated network console via Industrial Ethernet , Can directly in the integrated network console on the scene of the mechanical machinery to call or direct editing, the console in advance for the corresponding function of the stage machine to edit the corresponding equipment channel information identification file. At the same time to emphasize that the stage mechanical control system in the acceptance of integrated network console control, its own should have independent and priority control of the user interface system, the performance process by the staff on duty, surveillance, to ensure that the stage mechanical system Absolutely safe

Previous： Control the noise of the studio