The past two years, "China good voice", "I am a singer" and other popular music programs, once again ignited the draft boom, its production, marketing model is also widespread concern. I have been involved in the production of "all-around Star Wars", is now on the light design and implementation of the review and summary. In the second half of 2013, Jiangsu TV adhere to the "happiness" concept, increase innovation and excellence efforts, dumping the power of Taiwan to create a large star contest music reality show "Almighty Star Wars." "All-Star Star Wars" tournament system: 8 singers and 8 music producers, challenge six different types of music, 11 games, the final winner of the singers become all-around star. Program recording site is divided into A and B area, A area for the reality show area, B area for the concert area. A area of reality show area has eight singers, B area of the eight producers to sing the singer to make an evaluation, to their own singer canvassing. The results of the competition were decided by the 500 public judges. After three months of intense recording, "Almighty Star Wars" boarded the screen, presented in front of the national television audience.
1 A District lighting design
Singer before the game and all the reality after the game show in the A area (site and renderings shown in Figure 1, Figure 2), the singers waiting, rest and polling chat in this area, each round after the end of the chat And talk is the biggest surprise from the whole program in series. A District Wu Mei in the functional design by the interview area and the "light tunnel" two parts. Interview area lighting design to the main lighting-based, divided into the station area of light, sitting area light and vote surface light. On this basis, adding as the ambient light LED dyed lights, rendering dancing scenery - semi-circular shape of the crystal curtain. On the whole, divided into warm red and cool colors of the blue tone of the two atmosphere to distinguish singers singing and singing after the end of the return to the throne area. 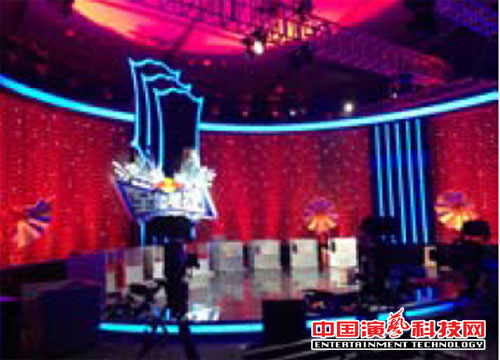 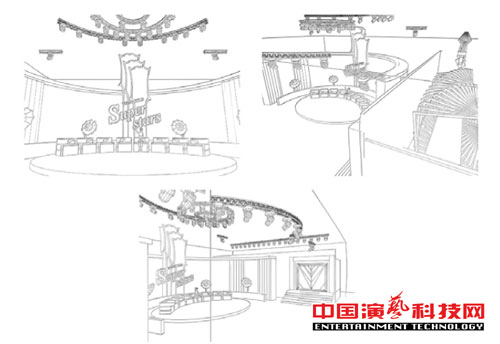 "Light tunnel" is to undertake the studio A and B area of the important means of presentation. Choreography production with 27 frame-shaped RGB-LED light box to do concentric rotation arrangement, through the overall control of the lighting console to achieve gradient effect (see Figure 3). A area in the surface design using 8 computer cutting lights, by adjusting the CTO and CMY set color temperature and color, color temperature requirements of 4 800 K, illumination requirements 500 lx (light design shown in Figure 3, the equipment list in Table 1) The 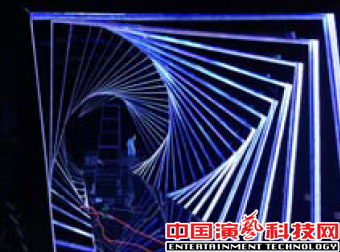 Figure 3 in the production of "light tunnel"

Table 1 List of A Equipment
1.1 face light
The voting section introduces the concept of "Star Wars Swing Chair", which is sorted by the computer according to the players scoring position. The 8 seats move to the corresponding position with the audiences vote, and they show the star rating. Mobile seats by Jiangsu Satellite TV independent design R & D and production, after a long period of repeated experiments to meet the program needs. Computer cutting lights through programming to meet the variety of reality show area of the lighting, surface requirements to meet the seat area of the lighting.
1.2 Backlight
A area above each seat with a pattern light as a singers backlight, through strict control of the cutting area, so that the edge of the backlight light clean, no stray light affect the other seats. Two cutting lights defocused as side backlight, to meet the singer walking when the backlight demand. On each floor behind each seat, place the LED dyed lights parallel to the back of the chair. The lamp in the scoring cycle with the sound flicker, the top plane shooting effect is obvious (Figure 4)

Figure 4 A district lighting design
1.3 PK light effect of the link
To the PK link, the two singers in the low score will face the elimination of this part of the voting light efficiency design in particular to create a suspense. The action track of the chair is different from the horizontal movement of the ordinary scoring and is changed to the longitudinal movement. Score in progress, the two PK singers face by the white and in turn shades of change, the head of the white backlight alternately flashing; the rest of the singers face light for the dark blue. When the final score appears, the high scores of singers face light blue, low scores of singers face white, after the overall effect of light back to normal.
2 B District lighting design
Area B is the program starring area, commitment to the show, the audience scoring and other important links (effect shown in Figure 5). In the stage function area, including the main stage, band area, producer area, professional audience assessment area. In the lighting design, consider the fit with the structure of the dance, to the structure of the main line, coincide with the overall line of the whole perspective of the relationship. In the final stage of the stage using 144 beams of light composed of the matrix of the wall, through the color, lines, rhythm to change the different scenes to the song plus points for the singer luster, for the show presents a rich background effect (see Figure 6). Lighting design to render the song atmosphere, in the TV to meet the basic facial lighting under the premise of the maximum degree of color structure to build the screen to create a mood. Singing program based on the basic positioning of the singer-based, face light design simple and clean, in a particular program dare to use shade as a light, in the atmosphere to create a prominent effect of the main body, so that the audience can be more into the song. 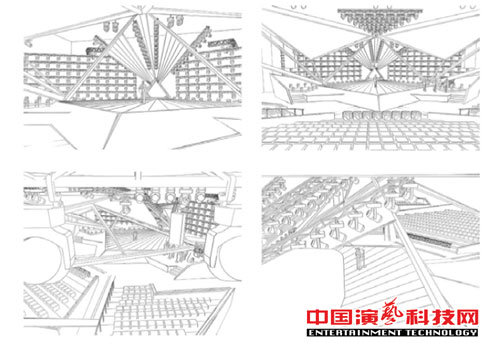 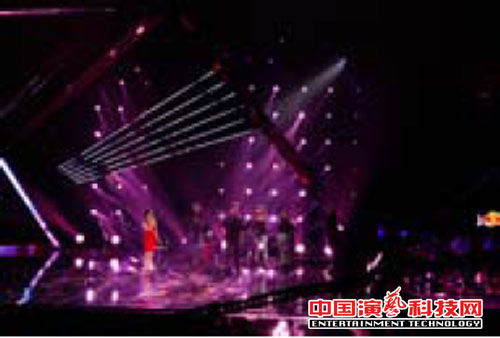 2.1 face light
B area of the face light is divided into the prescription population sowing light, making people face light, singers show face light, and the band, with singing light (see Figure 7). Facial light fixtures can be used to precisely control the light zone and light ratio of the imaging cutting computer lights. Presided over the population broadcast light illumination 480lx, color temperature 4800K, producer light intensity 480lx, color temperature 4800 K. With 12 imaging lights do the stage base surface light, each lamp cut into rectangular shape, single light illumination 300lx, stacking tile stage. When the light to the light of each light prevail, followed by convergence, until the stage illumination evenly. Singing, the singer face according to the different song content does not rule out the use of shade, the performance of retro sense. 8 sets of pattern lights as the upper and lower door string band, folk band, accompaniment and command of the basic light; the same time, the music floor placed LED bar lights for sitting music players fill light, in the concert performances, these areas mostly shade- Highlight the main singer (see Figure 8). In the audience area light layout, consider the choreography structure, the use of 36 LED shaking his head dyed light to form a triangular matrix, covered with three auditorium area.

Figure 7 use of light 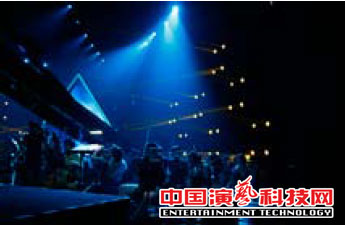 2.2 side light
Consider the characteristics of the TV video, the stage has six cutting computer lights as a side light use, to add the stage of the illumination, so that people face more three-dimensional, to enhance the depth of the stage space.
2.3 top light
According to the top choreography, in the two wings of the shape of the meteor shower gap, the installation of 10 pattern lights, as the main stage of the main top light, the singers positioning to play a key role in shaping the main body emotions, emphasizing the sense of space Figure 9). 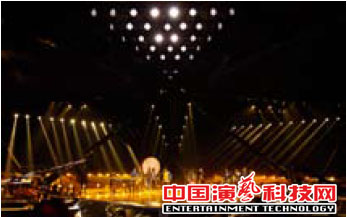 Figure 9 the use of top light
2.4 chasing light
In order to highlight the shape and light than a total of four follow the light, including two backlift light, two face chasing light. According to the characteristics of the stage, 4 chase light was diagonal distribution, not completely on the stage. This slightly longer side of the chasing light distribution makes the projection of light to create a strong sense of modeling (see Figure 10). Two surface chasing light plus LEE Filters color paper 253 soft film, 209 gray, 206 1/4 C.T.O color temperature film, illumination 400 lx, color temperature 4 800 K. Two backlift light plus color paper 253 soft film, 210 gray film, 223 1/8 C.T.O color temperature film, illumination 48 lx, color temperature 5200 K. The use of filters to be flexible, according to the program scheduling scheduling to choose a different combination, such as the more intense rock class suitable for the use of hard light quality, and sometimes use the light bit changes in the use of unilateral direction manufacturing carving effect. 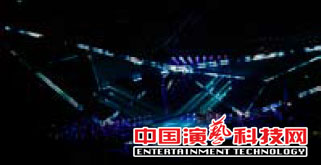 Figure 10 the use of chasing light
2.5 effect light
In the horses on both sides of the gap, set up beam light wall, each side of the light wall by the 8 × 9 lamp composition (see Figure 11). The use of the lamp wall to the greatest extent enriched the entire dance style, great sense of space, light wall arrangement combination changes, or composition of the array, or stitching patterns, or create color space, or provide emotional reverie, for each song To create the most characteristic of the screen. After the opening of the triangle behind the stage, the design of the dense matrix of light walls, programmable changes in patterns and colors, in each of the singers after opening the door played a key role in the form of a strong sense of the impact of the screen, visual effects The 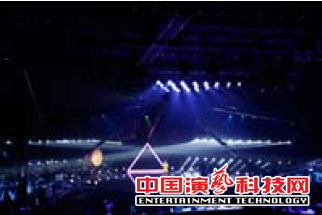 Figure 11 Effect of the use of light
2.6 large screen and LED pixel light (meteor shower)
Chorea uses a large number of lines of divergence and triangular shape, these lines and modeling by the LED pixel light (meteor shower) and LED large screen equipment (see Figure 12). By convention, the lighting department takes on the control tasks of these elements, which makes the visual elements of the stage more complete and complete. Triangle large screen and the scene all LED lights are unified by the light control, the picture becomes more rich and full. Using the GREEN HIPPO video server to provide video material services, it is compatible with the MA console interface, making this work simple and efficient. In the powerful media server can choose material, overlay material and the material multiple edits. 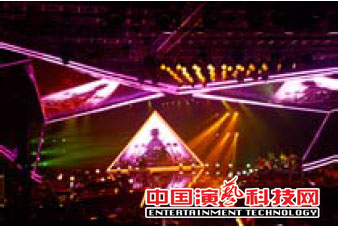 Figure 12 large screen and LED pixel light bar
2.7 smoke machine
Dance beauty chooseion of a large number of lines outlined the way, leaving more space to the light performance, the treatment of light on the beam space composition has a higher demand. So the choice of smoke machine is essential. Technicians are always concerned that the smoke will have an impact on the clarity of the screen, constantly looking for a suitable smoke equipment, can provide uniform and lasting smoke, strengthen the lighting in space expression. We have tried three kinds of domestic and foreign equipment, and ultimately chooseed a domestic manufacturers of equipment, the use of good results (see Figure 13). Area B use list (see Table 2).

Figure 13 The use of smoke machine 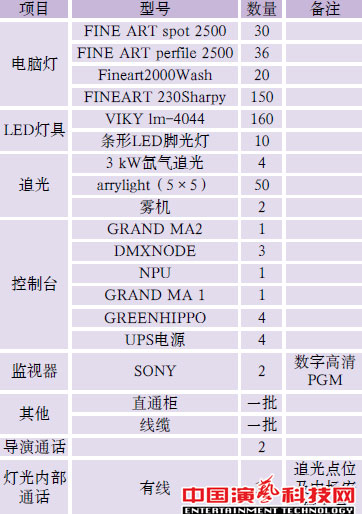