Compared with the traditional stage mechanical control system, the stage of new sports control system has gradually become the stage of the development of science and technology benchmark. The actors can use the new stage machinery and equipment to complete more unprecedented performances. For example, the introduction of the three-dimensional Weiya stage, allowing actors and stage equipment more flexible to show the space radiated in the stage; with the principle of the cable can be shot without shooting the first scene content. At the same time, the introduction of display mechanical performance, but also to further improve the stage effect of science and technology and diversity, such as dynamic sculpture is one of them. These new products can be used in studio, studio, theater, convention center, gymnasium, soccer field, high-speed stadium and other indoor or outdoor venues, the core technology is the cable drive system design.
1 Overview of the flexible cable drive parallel system
As a new type of moving mechanism, the rope traction body movement mechanism has the advantages of simple structure, small inertia, large movement space and fast moving speed [1], which has broad prospects for future new motion control projects. Cable-driven Parallel System (CDPS) is one of the representatives of the rope traction mechanism, and the four-cable traction parallel robot system is a typical application of the cable-driven parallel system. The mechanical system is small, easy to move, can be easily installed in large venues and demolition. At the same time, the actuator is located in the middle of the stadium, the installation of the position sensor, by the four cable in parallel traction, is the only function of the entire system. 4 parallel fuses are independent, across the fixed pulley, and different servo motor connected to the four motor does not affect each other, work independently. The robot system control center controls the rotation of the four motors by wired or wireless communication, real-time collects the position information of the sensor on the actuator, and realizes the closed-loop control of the system through the calibration with the planned position.
2 uniaxial cable independent control system
2.1 single shaft cable independent control system structure
Single-axis independent control system structure shown in Figure 1, the block diagram shown in Figure 2. The uniaxial independent control system consists of three closed-loop control systems that allow the entire system to operate more stably. Among them, the motors electromagnetic torque changes back to the current, the current loop for the inner ring. And the speed loop as the outer loop by the feedback speed to adjust the current size. The system control block diagram is shown in Figure 3. 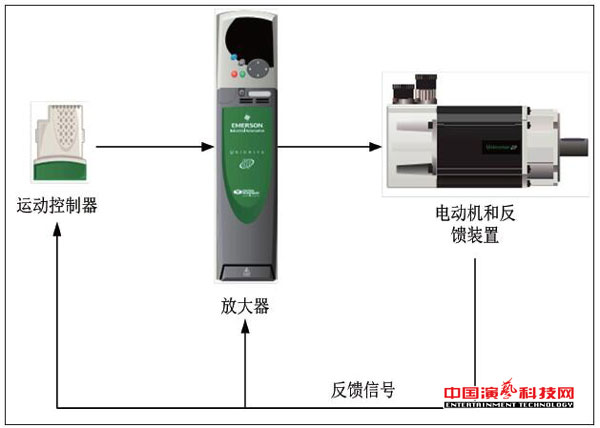 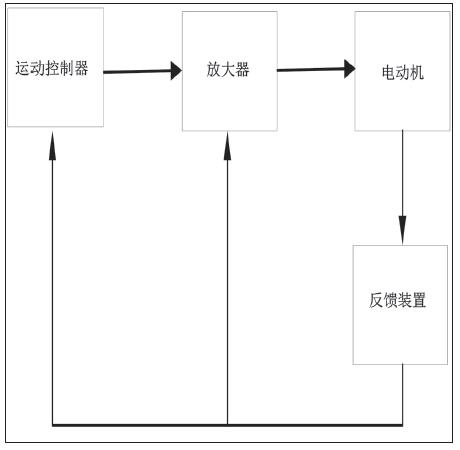 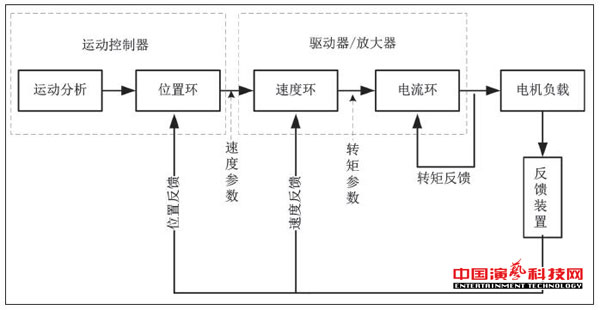 Figure 3 system control block diagram
2.2 single axis of the basic parameters of independent control system
The single-axis control system has four basic types of motion parameters, namely distance, velocity, acceleration and acceleration. In the process of non-uniform motion of the uniaxial traction object, the relationship between the above four parameters is obtained after several simulations in order to make the motion smooth and smooth. As can be seen from the simulation results in Fig. 4, acceleration and deceleration are given sinusoidal curves when the acceleration is applied with a sine ramp. Therefore, the speed is also a sinusoidal curve, which seems to be a smooth transition from one speed to another. This is the ideal high-precision servo mechanism that requires the motor current to be proportional to the acceleration change. As a result, the steeper the speed, the greater the current that drives the motor system, which requires a powerful system (which is also closely related to the speed of the four cable systems mentioned later). 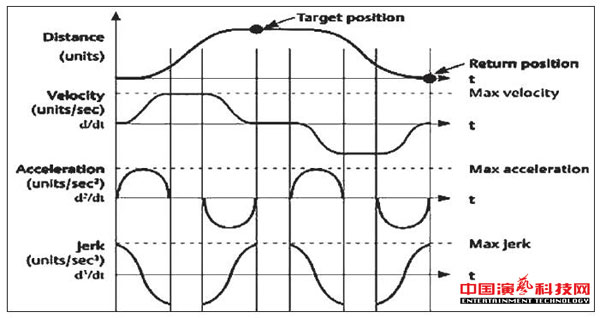