KTV, karaoke bar, bar, disco and other night can not be separated from the sound engineering, we are in the installation of audio equipment often encounter some problems, audio lighting system equipment and the number of more, audio technology requirements also exist very large Differences, so when the installation of audio equipment, a variety of problems are inevitable. Here we analyze the professional audio works for the most common eight kinds of difficult problems, you want to install audio equipment to help! 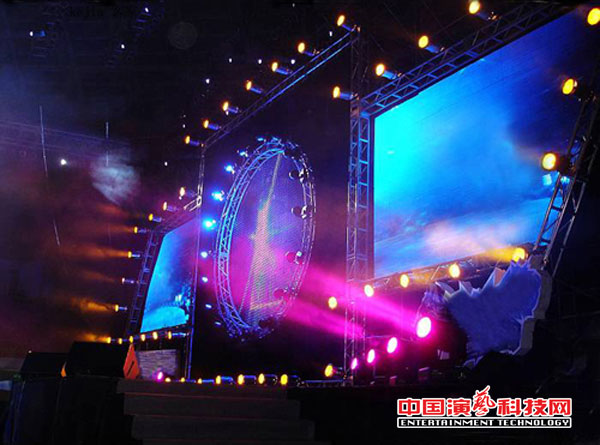 First, the sound engineering problems exist in the analysis
We want to "the right medicine", we first look at a large number of sound engineering problems in the "common". According to the characteristics of audio engineering, a lot of sound problems generally do not appear in the construction process, a lot of time, audio problems appear in the audio equipment debugging stage, or audio equipment installed for some time, there will be a lot of small problems. Sometimes, some of the original sound problems will disappear inexplicable, but do not know when it will appear such a situation. For such experience believe that many sound division are a little "empathy." Then these small problems in a variety of forms, but as long as you ensure that the sound design is no problem, then the root causes of these failures only one, that is, audio engineering construction links appeared a small omission.
Second, the professional audio engineering in the most common 8 kinds of difficult problem analysis
①, light out of control phenomenon
In the audio project sometimes there will be light movement is not coordinated, uncontrolled or wrong action phenomenon. Although the slight light out of control will not affect the normal operation, but if the problem is not resolved for a long time, then this small fault is likely to be converted into a big failure. Moreover, any performance will not tolerate the phenomenon of light out of control.
②, audio equipment, the shell appears to live phenomenon
Sound engineering operation must be electricity, so when the audio equipment debugging often appear audio equipment shell charged problem, although this is not a big problem, but serious cases will endanger the safety of the staff, which can not be ignored.
③, the video image display is not normal
Professional audio project in the video transmission distance is generally longer, usually the signal also need to go through the video processing and distribution, and then to more than one display device, the middle part of the more, may be due to different causes of video image quality is not good, Affect the viewing effect, so it should be processed.
④, sound field resonance and feedback
Although the sound engineering design and construction have been carefully considered, but inevitably there is not too comprehensive and unpredictable place, and this happens to the problem certainly affect the normal use, should be eliminated.
⑤, wireless microphone sound instability
Now most of the sound engineering are equipped with a wireless microphone, but due to improper installation and commissioning, a considerable number of poor use, especially in the performance site, wireless microphone work will directly affect the quality of the performance, so this is a Ignore the problem.
⑥, the sound system volume is insufficient
Sound engineering debugging often encounter sound volume is always small, less than the design sound pressure level requirements of the phenomenon, which means that the equipment in the installation and setup problems.
⑦, produce interference noise
Sound engineering encountered interference with the noise is very much time, the reasons are different, usually solve very troublesome, but as long as careful analysis, from the construction of the system to find the reasons for the gradual analysis of the problem can always be resolved.
⑧, computer lights bulb often damaged
Although the damage to the bulb is a normal phenomenon, but if the use of time is very short on the damage, it should not belong to the normal phenomenon, especially the lamp light bulb price is generally more expensive, often replaced will increase the cost of less, better quality Of the computer light bulb life should generally be more than 750 hours, if not rugged operation errors caused by damage to the bulb, the use of time is lower than this requirement should be found.

Previous： How to design the sound field of Guangzhou Grand Theater